Jose Altuve’s Game Winning Home Run in Game 6 of the World Series came down to the pitch hunt.

After the game, he replied he was looking for a ball up because he didn’t think he could do much with a fastball that was down.
? 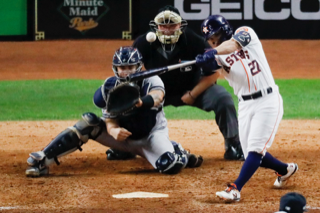 Altuve locked in on a location, and a pitch, and attacked that pitch like he knew it was coming.

It’s all about hunting locations like you have convinced yourself 100% that the ball will be in that location.

“I’ll tell you what I was thinking,” Altuve said.  “I was looking for something in the zone – something UP.  Because when he is throwing 99mph down, I’m not going to hit that.  That’s nasty.  If the ball is up I have a better chance.”

Altuve also later admitted he was sitting on a breaking ball and NOT even considering Chapmans fastball. 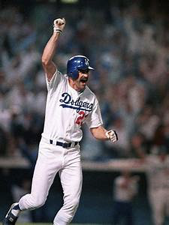 The most popular Home Run in the history of baseball was likely Kirk Gibson’s home run off of Dennis Eckersley.

It wasn’t the prettiest swing but it got the job done.

Gibson was also hunting slider, and he got the slider and the rest is World Series history. Gibson said a scout had told him if Eckersley gets a left handed hitter in a 3-2 count, he will almost always throw a slider.

Gibson stepped out of the box just before the pitch, and thought about that conversation.

He stepped back in 100% committed to the slider.

The result? The most popular home run in world series history.

? Altuve was hunting up, sitting soft.
? Gibson was committed to the slider.

I call this pitch hunting.

Great hitters will narrow their focus.

It could be eliminating an area of the strike zone and attacking the other area.  It could be sitting on one pitch.

—> That’s how you hit great pitchers. You can’t hit Chapmans fastball and his slider if your preparing for both.

The next time you step into the box ask yourself what are the chances you will get a fastball on the first pitch?

Eliminate an area you will hit.
Hunt up or hunt down.
Hunt in or hunt out.
Don’t get caught trying to hit any pitch anywhere.

You can’t possibly hit great pitching by being caught in between fastballs, and off speeds, all while trying to defend the entire strike zone.  You can’t.

If the game changed tomorrow and they told you where the ball was going to be thrown, hitting would get easier.

1️⃣ Altuve is a pitch hunter.
2️⃣ He is aggressive.
3️⃣ He hunts.
4️⃣ He was hunting a ball up, and drove the ball a mile for a game winning home run.

This pitch hunting and attacking an area mindset fuels the fire of aggressiveness.