"The kid is good,but his Dad is a jerk." 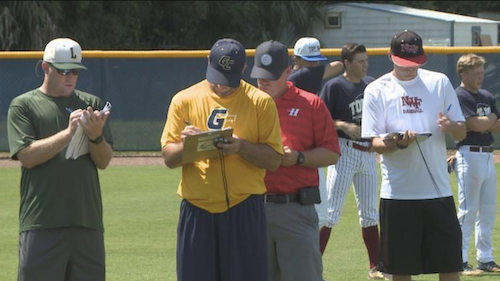 Will You Say The Wrong Thing To A Coach And Blow It For Your Son?

Most Dads screw this up because they don’t know how to talk to coaches, recruiters and scouts so they say the wrong things and their son pays the price.

Some Dads say too much.

Some Dads say too little.

Some Dads say the wrong things.

Up until now, there has not been a guide to tell you exactly what to say, how to say it and MOST IMPORTANT, when to say it!

"I cannot believe all the wrong things I've said with my older son. My youngest son is coming up now and I now know what to say. Thanks!" 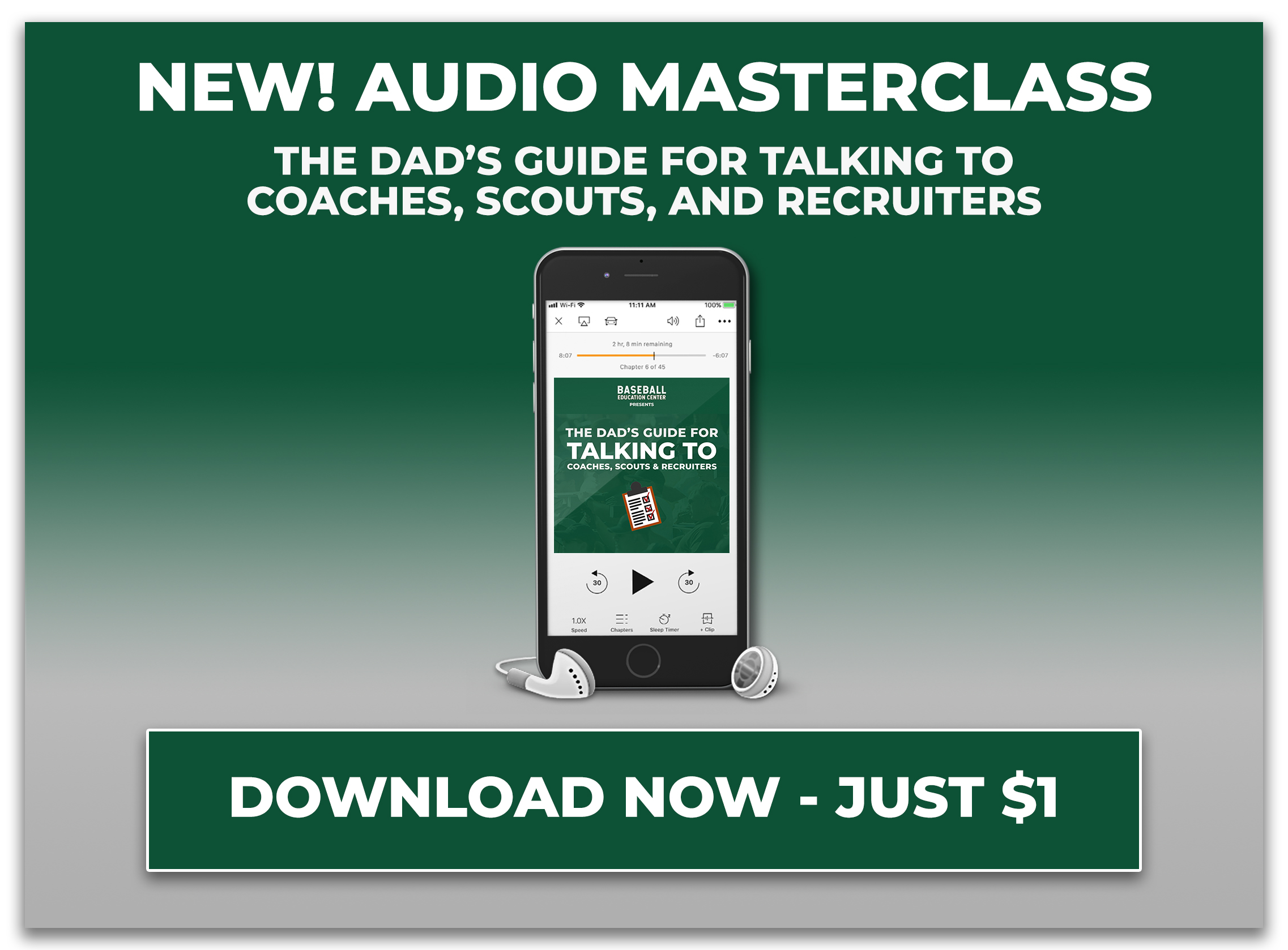 A Secret About Baseball Coaches Most Dads Will Never Know?

I've cringed watching well-intentioned parents blow it for their kids when they talk to coaches.

A parent can get nervous or anxious when talking to a coach and just blow their moment.

As coaches, any time a parent opens their mouth about their kids we're just feeling the parent out for "crazy baseball dad."

Say one wrong thing, and we'll file you into the column of wacko and we'll stay as far away from you as we can.

The sad part is 99% of the parents get wrongly labeled because they just said the wrong thing at the wrong time because, up until now nobody ever told them what to say.

No coach wants a parent around who he "thinks" might be a problem.

I've seen kids cut from teams because of their parents.

I've seen recruiting halted because the coach didn't want to deal with the parent for the next 4 years.

I've seen coaches send a message to the other parents by sitting a kid who's parent was wrongly labeled.

You’ve Got One Chance To Get This Right For Your Son.

Here's Another Thing Most Parents Will Never Know:

YOUR SON IS GOING TO BE TESTED BY COACHES!

You need to prepare him with the right things to say…

Coaches want to see if your son:

1. can speak for themselves...

2. is mature and responsible..

4. is a player they can trust.

As he move up the ranks, a coach will always want to talk to your son alone.

Will your son know what to say?

Will he have the confidence to say the right things?

This might be hard to swallow, but it's honest...

When talent is equal, a coach will be looking for reasons to cut players and when they do, they start looking at the intangibles.

If your son doesn’t pass these tests, it could cost him.

We want to give you the answers, so you’ll be ready when the test comes.

We don't want any player to miss his chance when it's all so close.

I sat down with former professional player and professional recruiting consultant Darrell Coulter for a no-holds barred, candid conversation that takes you behind the scenes on the inner workings of baseball coaching, scouting, and recruiting.

In this Audio Masterclass, you’ll learn: