In today’s game, if you’re not hitting for power, you’re falling behind.

That’s because even a player who is slow on his feet can get on base when he hits the ball hard… and players who hit the ball hard consistently are worth more runs and more total bases to their team every time they step up to bat.

If you’d like to know some simple ways any player can have more power and more production at the plate, this virtual crash course will show you the demystifying truth about how to hit harder as soon as today.

We’ve put together our very own Avengers of superhuman hitting heroes to teach your player the ins and outs of hitting, practice, training, and preparing for an at bat – in simple terms any coach, parent or player can understand. 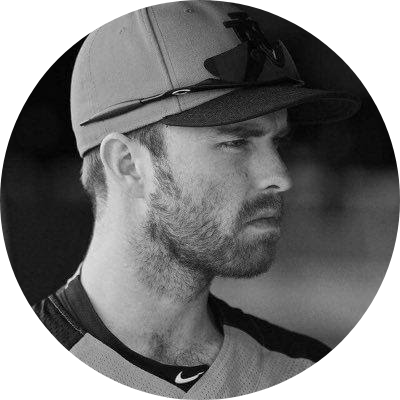 A master at motor learning, skill acquisition and sport specific strength training, Bart Hanegraaff is currently the Athletic Performance & Hitting Coach of the Dutch Olympic Softball and Baseball team. You’ll learn some simple ways to design your player’s practice to quickly develop his hitting power and versatility for the modern game.

No complicated jargon, only:

With a degree from the Fontys University for Applied Science, Hanegraaff works as the athletic performance & hitting coach of the Dutch Olympic Softball and Baseball team, winning one European Championship.

Previously, he was the hitting coach at the Dutch National U15 & U18 baseball team, winning three European Championships. Next to his work at the Dutch Baseball Federation, Bart also works as a consultant for skill acquisition for the Major League Organization of Pittsburgh Pirates 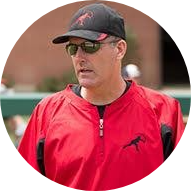 Simple Training for Bat Speed & Power That Can Be Done Anywhere
By: Charlie Nootbaar
10:00AM-11:00AM EST

With the world of scouting and recruiting focused on metrics now more than ever, bat speed matters.

A higher bat speed also means harder contact, so it should be a goal for almost any young player.  Coach Nootbaar is a widely acclaimed (and copied) innovator who understands what it takes to get young players to perform at the highest level – quickly and safely.

A former collegiate-level baseball player, Charlie has been actively coaching for over 20 years, from Little League through to pro ball.

With a degree in mathematics and a passion for research and science, Charlie was responsible for the National Pitching Association's 3D Motion Capture system. He has invented multiple training devices that increase performance – products so well-regarded they have been copied by other manufacturers! 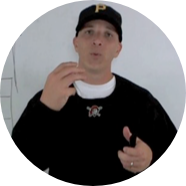 Not only was Ted Williams the last MLB player to bat over .400 in a season and one of the greatest hitters in baseball history…but he was also the world’s first “hitting scientist”!

Coach Reddick will break down a little-known Ted Williams hitting secret your son can use as soon as today to make every aspect of hitting easier.  This is must-see TV for all baseball players looking to improve their turn at bat, and for all coaches and parents teaching the sport.

Author of The New Rules Of Baseball Instruction, Paul Reddick has served as an associate scout for the Pittsburgh Pirates, a state delegate for USA Baseball and coached in the Montreal Expo farm system. His pitching course, The 90mph Club, is used by more pitchers than any other pitching training program ever created. 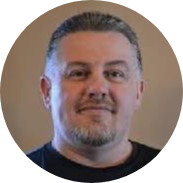 According to Coach Ryan, hitting is often watered down and over-complicated.

In the game, the idea is to simplify the approach and clear the brain. Anything that distracts a player will get in the way of his game performance.

In his trademark style of blending old school concepts together with new school technology, Coach Ryan will simplify hitting mechanics and timing so any player can make quick gains.

Includes power-hitting secrets such as:

Owner and Director of Baseball Development at Fastball USA since 2002, Mike Ryan spent 16 Years as an Associate Scout with The Seattle Mariners. 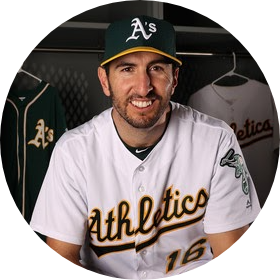 A batter’s success is closely linked to the levels of confidence he feels at the plate.

If you want to know how to beat the best pitchers and win at the highest level, this talk is for you. Adam will reveal how you can use the secrets of the pros to beat even the toughest opposition!

Adam Rosales played 14 years of professional baseball, with 11 years in the Major Leagues. In 2005, Adam was drafted by the Cincinnati Reds in the 12th round out of Western Michigan University, and made his MLB debut in 2008. In 2009 he was the proud recipient of the "Heart and Hustle" award. Adam played in the MLB for six different organizations: Cincinnati Reds, Oakland A's, Texas Rangers, San Diego Padres, Arizona Diamondbacks, and the Cleveland Indians. He is the current manager of the Oakland A's AZL team, and is the owner of Baseball Utility.

Hitting Ugly: How To Get Hits On Days When You’re Facing Tough Pitchers or You Don’t Have It
By: Mike Ryan
3:00PM-4:00PM EST

Even if you're great at hitting, you're going to have rough days.  Maybe it’s a bad game, or you come up against a pitcher who’s more than you bargained for.

Coach Mike Ryan reveals the method to his madness on what he calls “Hitting Ugly”.

Using these simple concepts, your hitter will be able to adapt faster and adjust to any pitch he’ll see in the box.  This is how you create a level of confidence not seen in many hitters.

There’s just a taste of the hardcore hitting secrets you’ll get in the BEC Virtual Hitting Summit.

You won’t find any theory or fluff in any of this either -- only “real life” training tips and strategies that are working at all levels of the game right now (for players of all ages).

The sessions can be easily viewed on any Mac or PC computer, even on your smartphone or tablet.

And if you can’t make it that day for any reason, you can choose whether you'd like to attend live and/or get access to the recordings.

Order your advance ticket today to reserve your spot, and you can take advantage of our limited time special pricing! 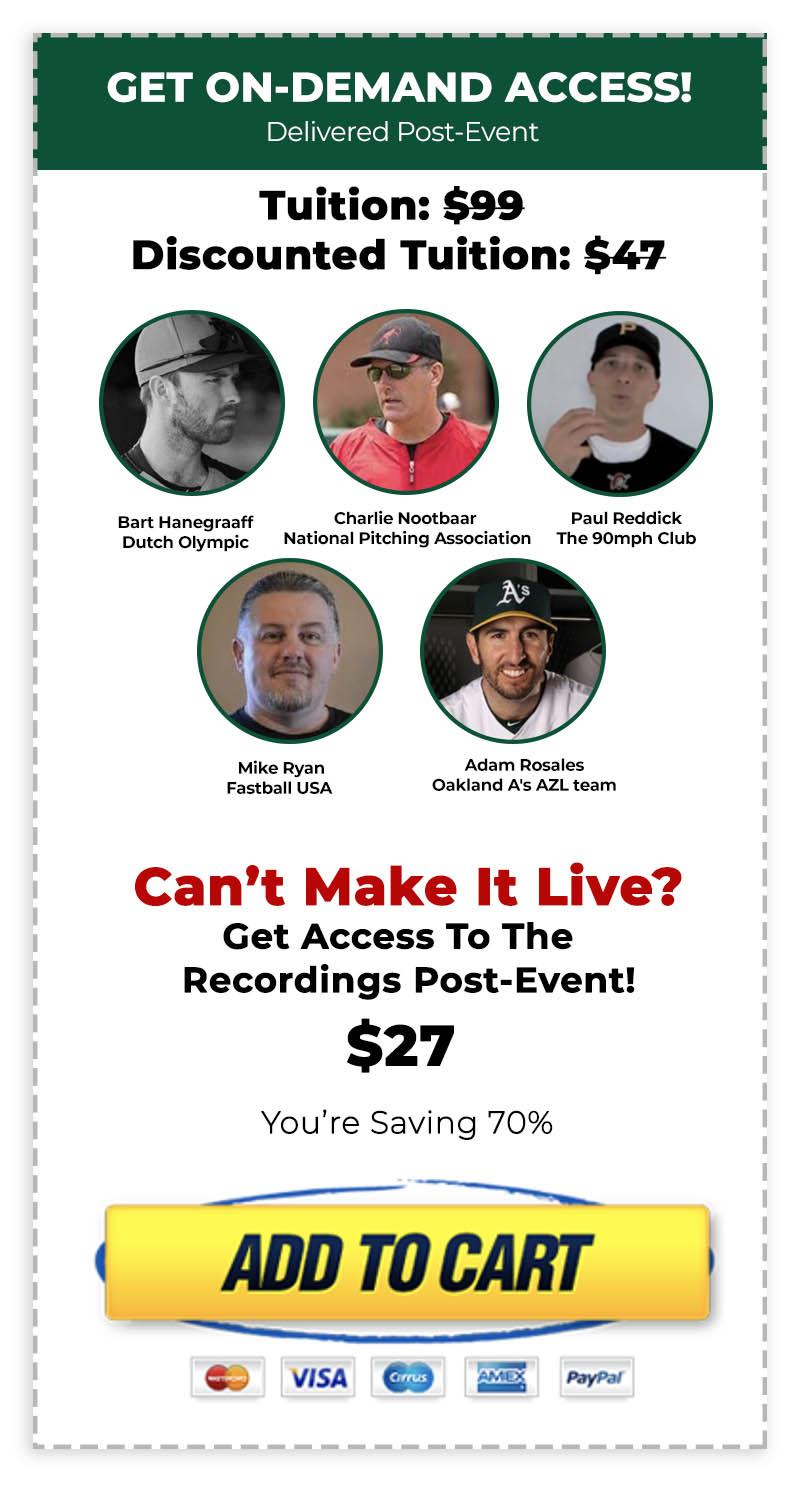 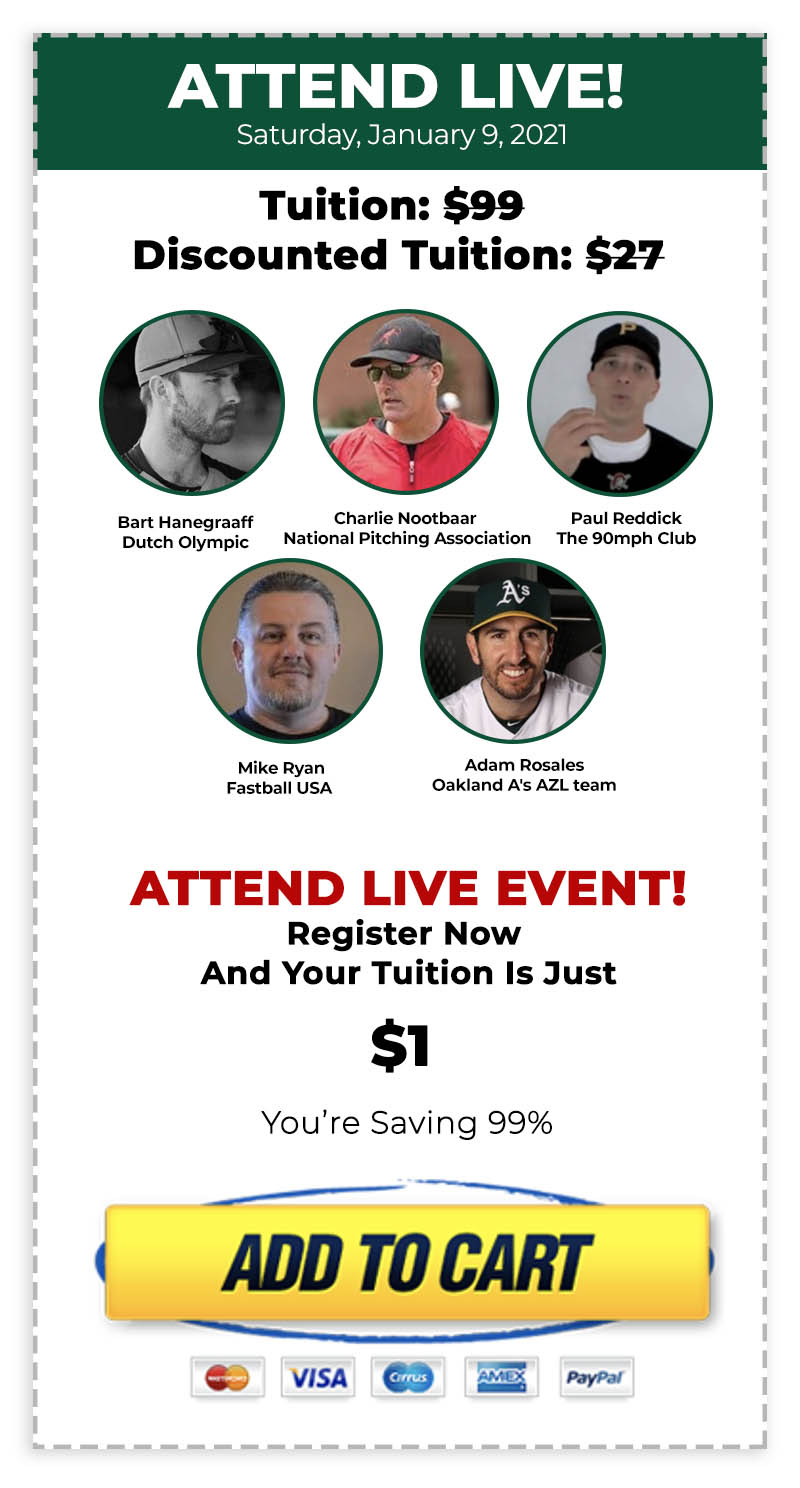 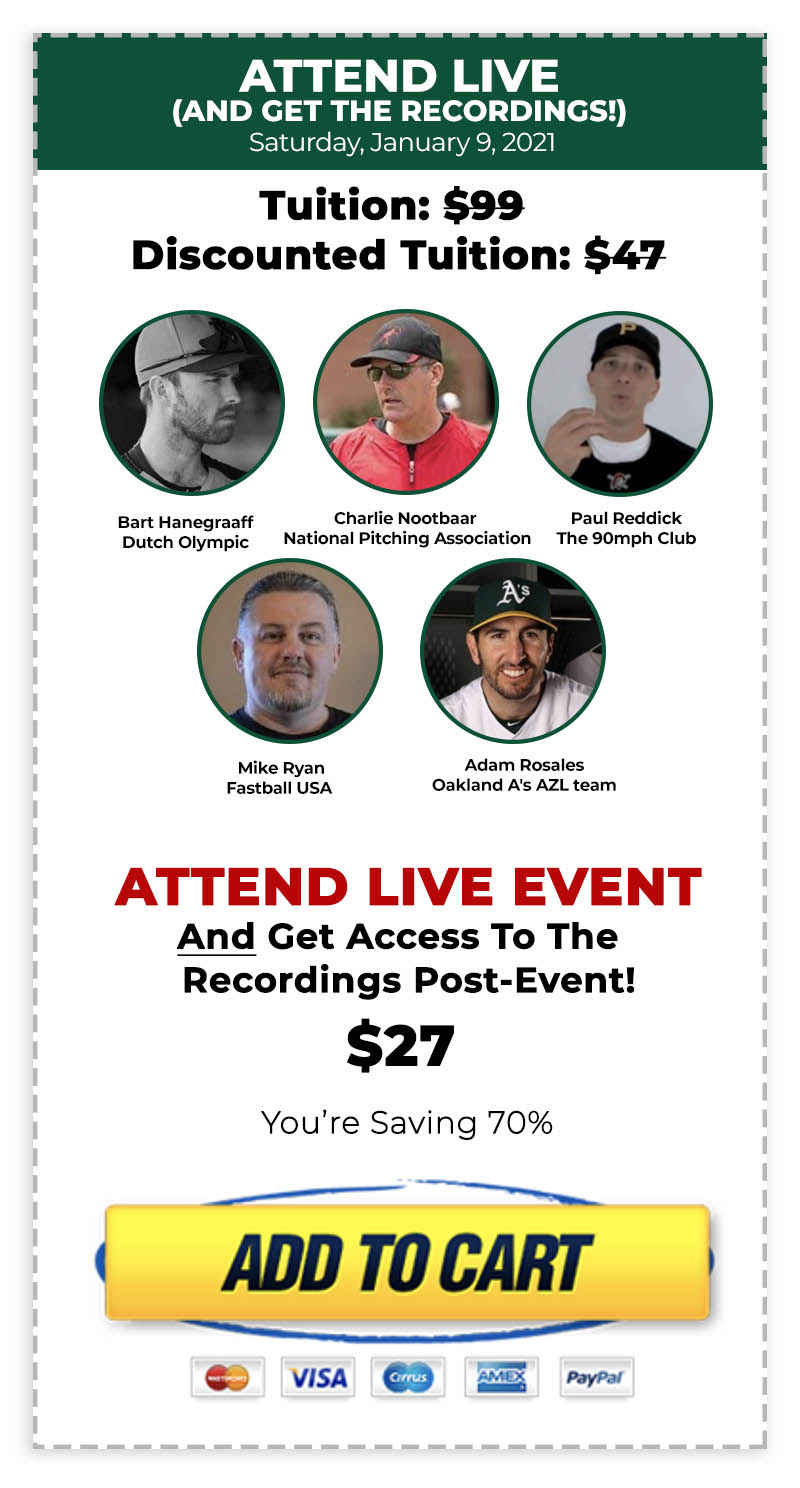 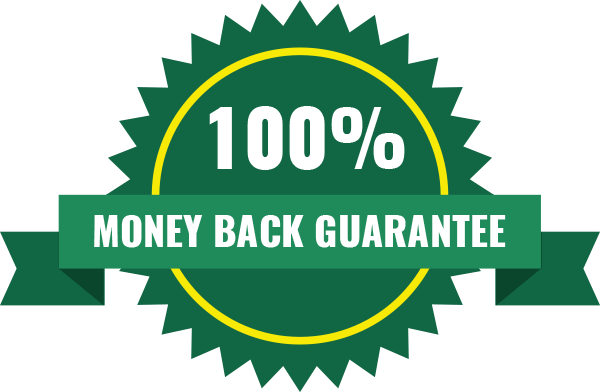 Our 12 Month Money Back Guarantee

Before you go ahead and hit the “Add To Cart” button below, I need to know that you're now totally comfortable and feeling secure. That’s why we’re putting 100% of the risk squarely on our shoulders.

You can relax knowing that you're completely protected by our One Year 100% Money Back Guarantee.

We’re not jerks. If you’re not happy, we’ll make it right. If our product doesn’t deliver as promised, let us know. You’ll get your money back on the spot and you can keep the program.

There’s no risk. It’s all on us. You can feel secure hitting the Add to Cart button knowing you’re fully protected and we’re going to take good care of you. 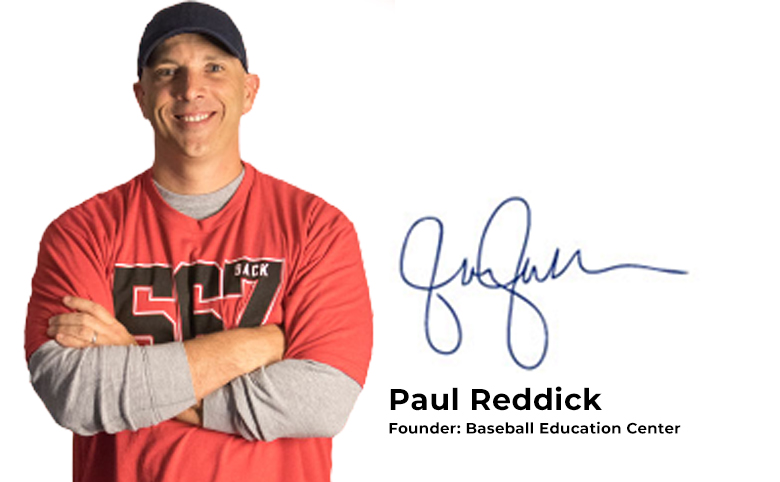