ATTENTION HITTERS WHO WANT TO BREAK OUT IN 2021:

FREE Report Reveals 6 Ways To Predict What Pitch The Pitcher Is Going To Throw You Next!

(HEY PITCHERS: You’d better get this report too before a hitter hacks you!) 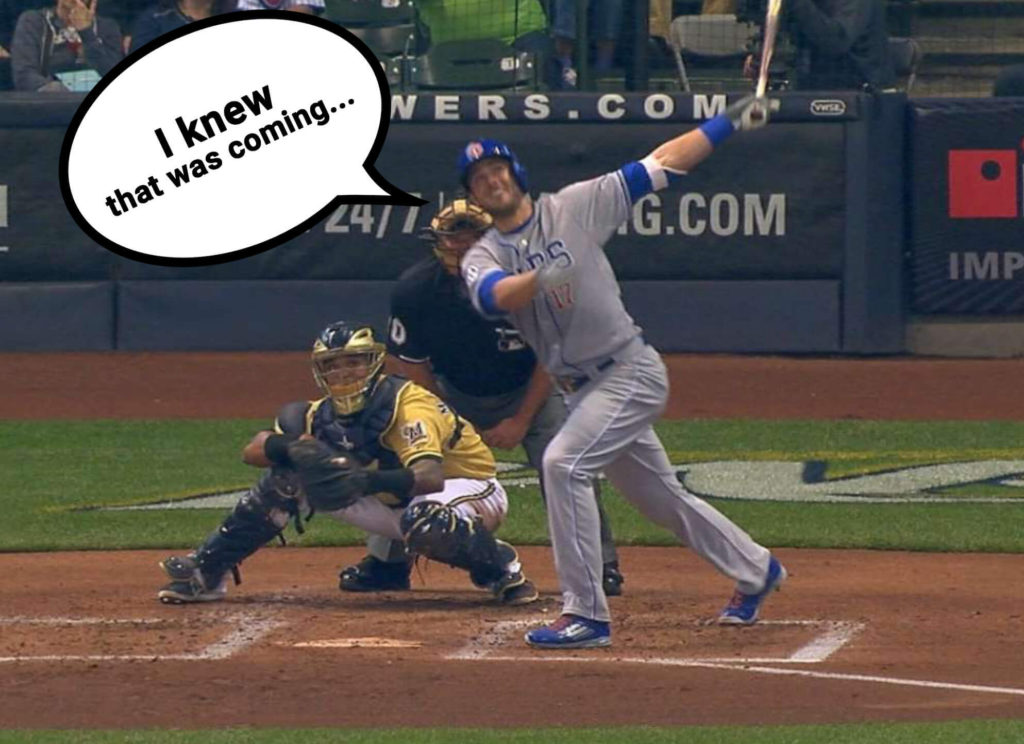 Any hitter can hack any pitcher... most times before he even gets out of the bullpen.

Ever see a great pitcher with good stuff get lit up?

Ever wonder why some hitters flat out own certain pitchers?

The stars did not align.

THAT PITCHER GOT HACKED!

…and you can do the same thing.

Don’t think so? Check out some of these headlines: 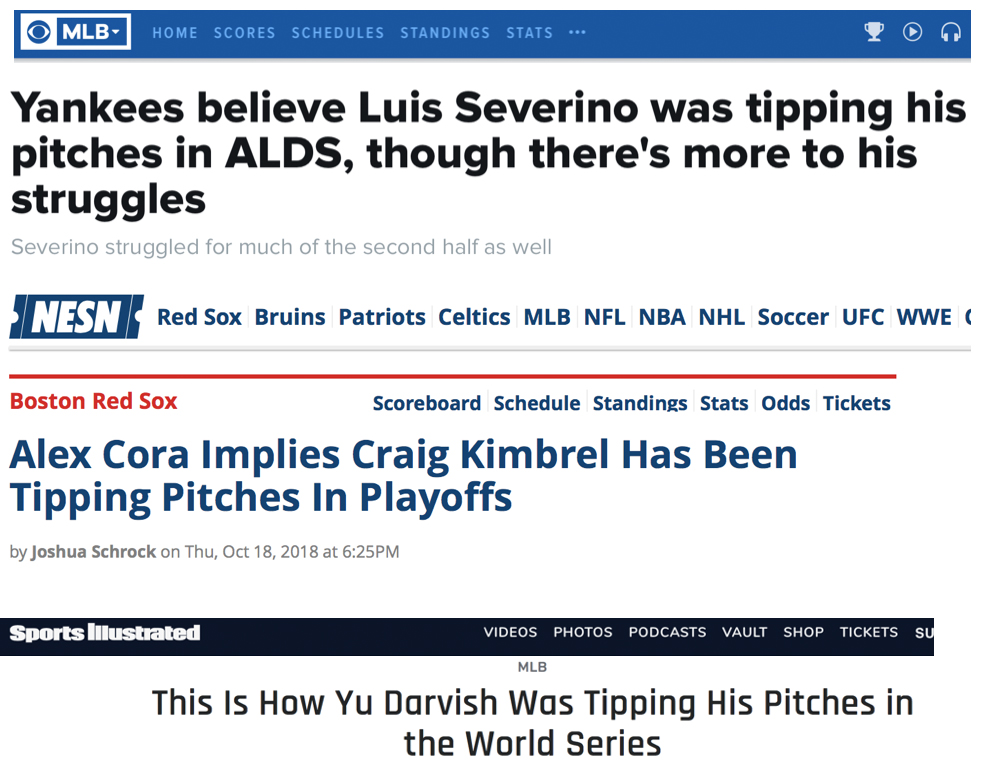 IF A MAJOR LEAGUE PITCHER CAN BE HACKED,

HOW EASY WILL IT BE FOR YOUTO HACK THE PITCHERS INYOUR LEAGUE?

WARNING: Once you know how to hack pitchers, you’ll never be able to turn it off. Your brain will not be able to un-see what you know. You won’t believe how you missed all these hacks before. They’ll stick out like a sore thumb.

Check out how a retired major league pitcher, 10 years out of the game and sitting on his couch, hacked one of baseball’s best pitchers….

HOUSTON -- When Craig Kimbrel stepped onto the mound with renewed confidence in Game 5 of the ALCS Thursday night, he had a lot of people to thank. The most surprising member of that group? Former Red Sox closer Eric Gagne.

Gagne, who last appeared in the majors in 2008, had watched from his couch in Arizona as Kimbrel struggled through four postseason appearances against the Yankees and Astros. While watching Kimbrel walk three batters and allow a run in a tight Game 4 win Wednesday, Gagne picked up on something in Kimbrel's delivery. The Sox closer was tipping his pitches.

Gagne decided to text Alex Cora, who he had come up with in the Dodgers' organization and played with for seven seasons in both Los Angeles and Boston. Cora liked what Gagne had to offer and asked him to text Kimbrel. Soon, Kimbrel and Gagne were exchanging texts, giving Kimbrel something new to discuss with his coaches before Game 5 in Houston. 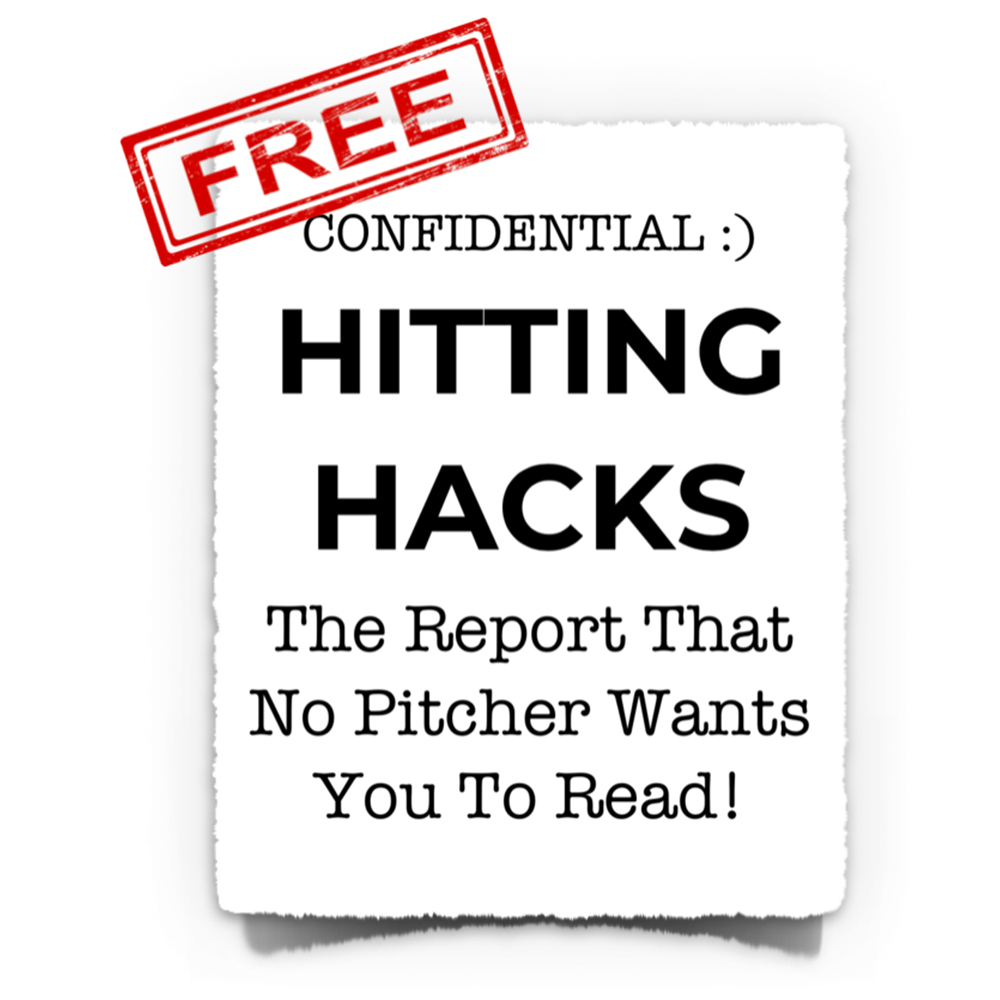 In this FREE report, you’ll learn:

Just pitch in for the printing and shipping!

This Amazing 1 Inch Sticker Puts Hitters In The Zone! 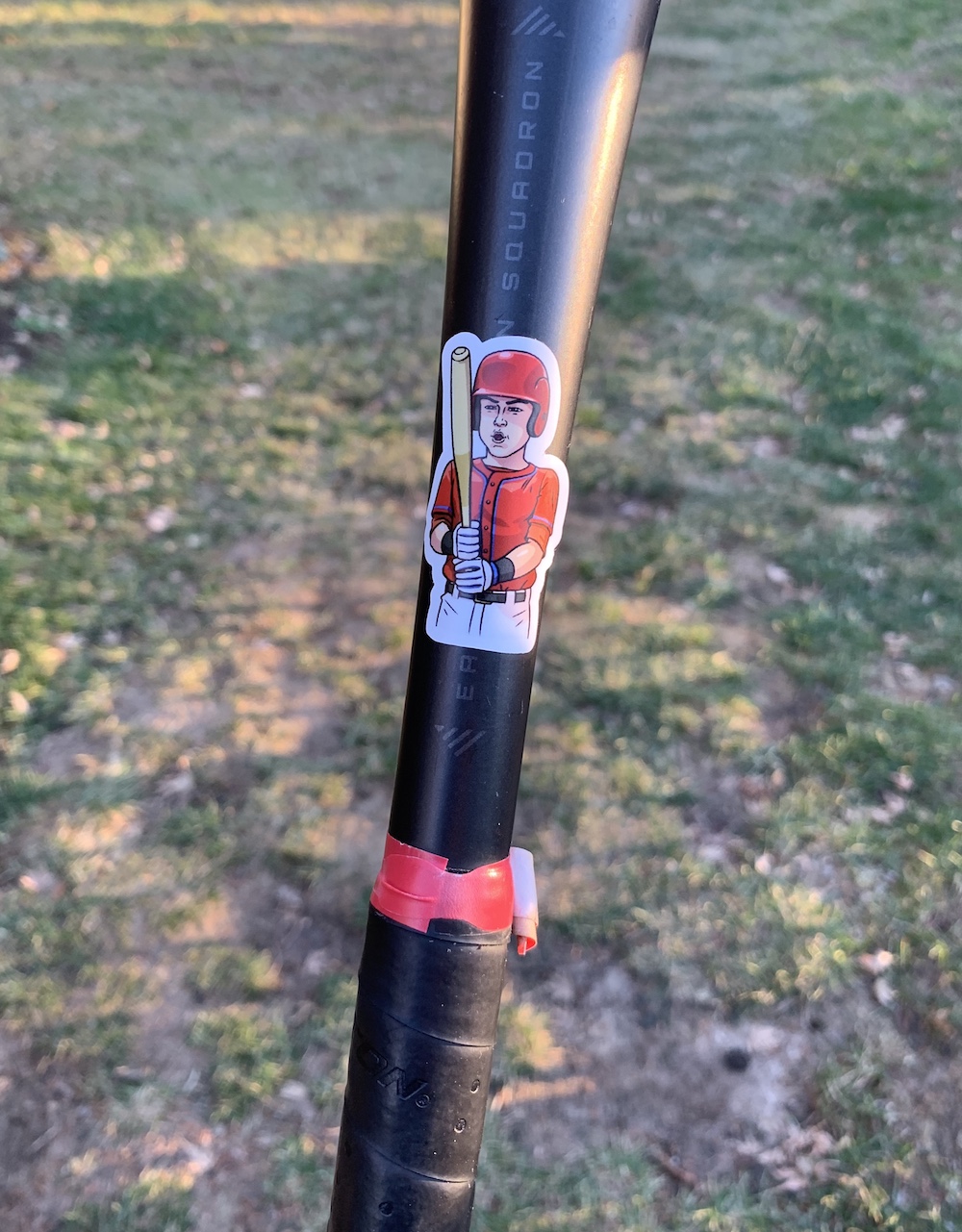 Imagine seeing your hitter at the plate in a big situation and watching him see the sticker, take a breath and execute in the clutch?

Big leaguers look at their bats and take a breath before every pitch, shouldn’t you?

We'll send you one of these Magic Hitting Stickers for FREE when you claim your free copy of the Hitting Hacks report today!

There are no strings attached and no additional payments whatsoever.

This is career changing information. I was going to put this in a book, but realized we can make this FREE if we take out all the costs that go into making a book.

Why don’t we just email it to you? Good question!

1. We don’t want this report spread all over the internet. Keep this one for yourself. You don’t want everyone in on these hacks.

2. Studies have shown that if you hold real paper in your hands and read it that you’re 10x more like to absorb the information than if you read it on a screen.

We have no plans to ever sell this report... but if we did let this information out of the bag, it would be part of a larger course that would be a whole lot more that FREE!

Simply pitch in a few bucks to cover the cost for us to print it, put it in an envelope and deliver right to your mail box.

We love doing these awesome FREE offers for you, but we can’t do this every day 🙂 We printed 1000 reports. When those are gone, it’s over.

Grab yours today, start hacking hitters tomorrow and thank us a year from now when you look at your stats. 🙂

P.S. WARNING! Don’t look back on your 2021 stats and wonder how much better they would have been if you had put these hitting hacks to work for you. The worst feeling in the world is being in the locker room after the game wishing you’d played harder.

P.P.S. It’s FREE! I mean c’mon. We’re serving this up on a silver platter for you. Put the same tactics that MLB hitters are using to hack pitchers to work for you today FREE!